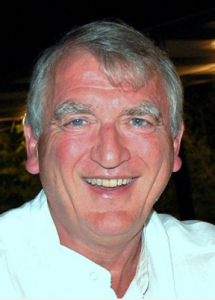 J. RICHARD GRAHAM is Finance Director of a family business founded by his wife in 1983, which has remained a private company, led by its founder. He also sits on the Boards of four other Companies associated with the Group.

His career has included academic, civil servant, manager, politician and businessman. He has always, however, been a communicator both writing and speaking extensively.

He was born in 1939, educated at the City of London, Durham University, McGill University, Montreal and the University of Ibadan, Nigeria, where he wrote his Doctoral Thesis.

In 1967 he was appointed the first Economic Adviser on Civil Aviation at the Board of Trade. He joined BEA, soon to become part of British Airways, in 1971 as Head of Corporate Planning. In 1973 he became Chief Economist and led the team which created the Glasgow Shuttle. As a result he became Manager of the United Kingdom Domestic Services.

After the election of 1974 he was invited to join the Downing Street Policy Unit of Prime Minister Harold Wilson. In 1976 he returned to British Airways to lead a Policy Unit advising the Board on human resources policy. After the re-organisation which finally merged the former Airlines in 1978, he was appointed General Manager Cabin Crew with responsibility for over 9,000 staff and a budget of £150 million.

After four years of this practical management experience he took a sabbatical year to write a book about work. In 1983 he was appointed Director of the British Transport Staff College which had just moved to become part of Ashridge Management College. In 1986 he set up his own consultancy specialising in board level training for clients such as British Rail, London Underground and Mersey Bus. He also wrote a book on management techniques. In 1989 he joined his wife to work full time in the business.

Richard Graham has always maintained his interest in university teaching. He has advised on the creation of courses and served as an external examiner. As well as being a Fellow of the Chartered Institute of Transport, he was for many years one of its senior examiners. He has published both learned and popular articles and has lectured widely. He has worked in television and radio both as a contributor and a presenter. He is active in charitable work and is Trustee of a number of charities. His pastimes are sailing, skiing, music and collecting transport memorabilia.