You are here: Home / Economics / The Truth About Public Ownership and Nationalisation

It is time that the truth was told about public ownership and nationalisation.  In 1975 the McIntosh Enquiry, on which I worked, found that out of 32 publicly owned corporations and companies just four were making significant losses.  They were coal, which was running out, steel which had been starved of investment, railways suffering from cheap subsidised road transport, and the Royal Mail which had to maintain universal delivery.

All the others contributed profits to the Treasury amounting to many millions every year.  They were run by professional and well-trained managements.  Almost all had training establishments which nurtured long term professional careers. That commitment and stability meant sound long term planning.

They all had problems, often caused by government interference and low investment.  That was because they could only raise money from the National Loan Fund (which the Treasury insisted on including in the National Debt). But, even after the subsidies, they were profitable.

Their performance was generally good and reliable, and mistakes were few. However, faults were consistently magnified by an unfriendly press.  They also suffered from ministerial interference.  It was nevertheless accepted that they were in the public domain because of quite specific reasons:

First, there were the technical or natural monopolies.  These are mainly energy, water and transport. In economist terms, there was no consumer choice at the point of demand.  Gas, electricity and water all come through the same wires and pipes, and you cannot have competing busses arriving at one stop. To some extent this was also true of telecommunications, and still is.

The second group of industries provide what economists call ‘public goods’.  These are defined as a product or service where the cost of production is uncoupled from demand.  In other words, once provided, the number of consumers is irrelevant.  Radio stations, street lighting and emergency services are all public goods. Typically, these are remunerated by tax or subscription.  In some cases, they are sponsored or carry advertising.

The third group are those industries and services which are deemed essential and continuous supply is necessary.  The health service is one, as are police and legal services.  In these cases, there are obvious needs for continuity and specified standards of performance. These are typically the responsibility of the state.  It is often argued that the state should provide but not produce the services.  That distinction straddles a fine line.

As the seventies dawned there was a political consensus that nationalised industries were a necessary part of the national polity, and the only problem was how to sustain performance and investment. Most of Europe has continued to support and finance a significant public sector. All have had to deal with difficult trade unions, but even unions understand that continuity is in their own interests, so deals are always struck.

But after the change of government in 1979, the conservatives, who had never really liked public ownership while exploiting its defects, were persuaded that marketizing the public sector would be more efficient.  It would also bestow financial benefits for its supporters. And, above all, curb the imagined power of the unions. Thus, did the rush to privatisation begin.

The corporations were to be sold off and subjected to ‘market forces’, public goods were to be paid by subscription, and public services were to be ‘outsourced’ to get value for money. The fact that none of these constituted a market situation by any means was simply ignored by the simplistic statement that markets would bestow intrinsic benefits to suppliers and consumers.

This was a dreadful mistake because, as noted above, all these publicly owned businesses and services were in no way operating in markets.  They did not meet even the simplest test of knowledge and accountability, let alone true consumer choice.

So, it was decided to invent market situations through regulation.  Offices were created to administer ‘markets’.  The problem of a single source of energy or water was tackled by having competing billing systems.  All the energy companies with which we consumers deal do not produce one joule of electricity or gas.  They simply monitor what we use, charge us and then buy it from a single source.  They are all just billing companies.  In fact, most of the real productive capacity of the former nationalised companies is hidden behind ‘the suppliers’. Similar strategies were pursued in water and transport. All the so-called markets for utilities are bogus.  They are inventions, and benefit only their managements, and possibly a few simple politicians.

We all remember when the Thatcher government tried to turn public goods into a subscription service. The least said about the poll tax the better. However, the residue of that argument still lives on, where local arguments about entitlement and extravagance live on.

Perhaps the biggest consequence of the fallacy of privatisation has been in the provision of public services and, above all, in the health service.  Trying to match the genuine needs of the community for health, housing, education and care to a market approach has been such a disappointment in that it always seems that the better off come out on top.

The ostensible reason for privatisation in the eighties was to deliver a tax benefit to all taxpayers beloved of Tory dialectic; it would also relieve the exchequer of funding investment.  The wholesale sell-off of the public sector had, in the end, mainly bad consequences.  There were no significant improvements in performance.  One long term consequence is that we have the highest rail fares in Europe, and possibly the world’s highest and most unpredictable energy costs. Many other services have become more expensive than in neighbouring countries.  Perhaps the most regrettable consequence has been the abandonment of structured career paths and in-house trainings for the managements of these enterprises so lowering the skill base.

When the businesses were sold off it was understood that they could not be unregulated for the reasons given above.  Care was taken to put barriers up against profiteering. But what has happened instead has been the excessive enrichment of the directors and senior managers of all these businesses and the awarding of huge dividends to the owners.

The tax benefits of privatisation are long forgotten and we have to live with expensive and inefficient services throughout our former public sector..  The failure of marketization to maintain quality and value throughout the former nationalised industries is now manifest.  One could write a whole book about the profiteering and poor service.  Above all the inheritors of these erstwhile public enterprises simply do not care, as they seek to ‘make money’ out of the essentials of our lives.

The utility companies make a profit out of billing so great that they have been snapped up off shore.  Rail was almost the last act of privatisation and British Rail was split into 41 companies.  The subsequent constant pantomime has resulted in doubling the rail subsidy in real terms, while degrading the product, and raising the fares. 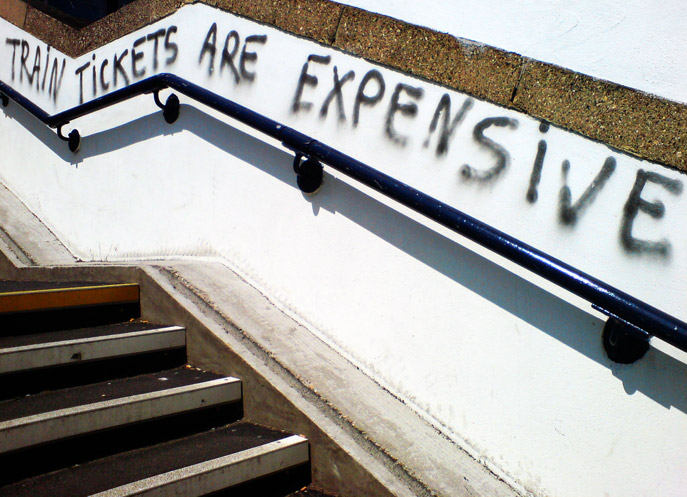 Through systems of contracts and franchises, both local and private services have been distributed across the business environment. The so called ‘outsourcing’ of public services has spawned a whole industry of service companies who owe no allegiance to the electorate, but only to their shareholders.  These independent companies have, in many cases, been characterised by scandal and poor performance. The whole idea, of creating services for the community paid for out of taxation, has been lost.

Privatisation has been an abject failure.

The British people have had to endure expensive and poor-quality services and products way beyond anything before.  At the same time, everything in the former public sector has become more expensive, and their managements and owners, richer.

Here we come to the nub of such nonsense, for if a service or product is essential, it provides the suppliers with endless opportunities to profiteer at the public’s expense.

The question, therefore, is….

How to take these businesses back into public ownership.

It is so simple, but every politician has shied away until now.

We do what the City has always done with mergers and acquisitions.  We issue paper! The shares and bonds associated with all the businesses are simply replaced by government paper of equal value.  A proper interest rate is promised, and the whole of the bond offer must be issued and guaranteed by a new body separated from the treasury.  It could be called the National Asset Fund.  It would garner the profits of the businesses and finance the loan stock.

This proposal would include a self-denying ordinance preventing government ministers from interfering in policy, and the current regulatory structures would be diverted into a concentration on performance and prices.

This approach will not cost the beloved ‘taxpayers’ anything, and will in fact provide a long-term benefit in returning profits to us all.  As for the bonds and shares in the hands of pension funds, these will be guaranteed and remunerated as before.

Incidentally, the PFIs could be included in the same Asset Fund, so that there is no increase in debt, but rather recognition of the Country’s assets for us all to be proud of once more.