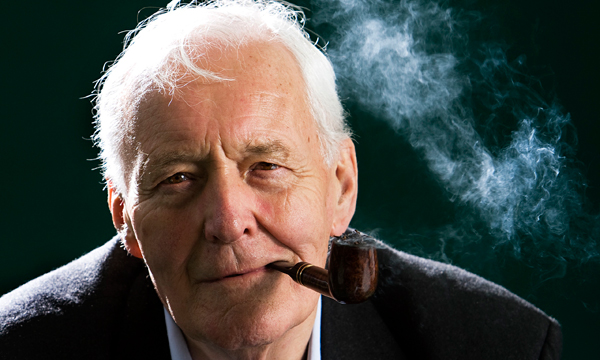 It is interesting that, among all the tributes paid to Tony Benn, almost nobody has owned up to actually agreeing with his policies, or as he would say, the ‘issues’ on which he fought his many battles (with the possible exception of Diane Abbott). I had personal experience of working with Tony Benn twice in my life.

The first was when I was the Economic Adviser on aviation to the first Wilson government from 1967.  This was the time of the launch of Concorde, with the expectation that supersonic travel would be widely experienced in the coming decades.

The launch of Concorde.

Tony Benn was the Minister of Technology and also MP for Bristol North West. Therefore he was closely involved in the success of Concord, which was built in Bristol, both as a minister and as the local MP.

By the end of the 1960s Concorde had become a great joint enterprise by the British and French aviation industries. At the time it was still seen as advanced technology, with the prospect of great sales and prestige.  Some 127 airlines had expressed interest and taken options. It fitted very well within Tony Benn’s responsibilities.

The Board of Trade, where I worked, had responsibility for supervising the publicly owned airlines, and BOAC, the long haul carrier, was the main British customer for Concorde.

There was a great deal of worry about Concorde’s economics, and my unit was asked to look again at the costs.  This meant taking a view about how and where it would be operated.  The point here is that aircraft costs are calculated on the basis of revenue flying hours.  Long haul subsonic jet airliners typically operate for about 4,500 hours a year, and have done so since the late 1960s.  Short haul airliners today often manage 3,000, but in those days it was nearer 2,000.  The difference is because the long haul aircraft fly a high proportion at night.

It was assumed that Concorde, as a long haul aircraft, would operate at least 4,000 hours, and all its costs were based on that level of utilisation.  We discovered that this figure had been embedded in all the calculations, but nobody had explored exactly how the aircraft would be scheduled on to actual routes.

We did so, and discovered that with flight sectors of only 3 to 4 hours, it actually behaved like a short haul aircraft.  Even worse, while north to south gave no serious timing problems, on east-west operations we could not avoid many services either arriving or departing at very inconvenient times; like the middle of the night.

The result was that annual utilisation would be, at best, 1,000 hours (incidentally, when in service, no Concorde actually achieved even this!).

When we recalculated the costs of operating Concorde we found that it was uneconomic by a very long way.  In fact, the economics were not only bad when using what are called system costs (that is averaging operating cost over a fleet), but the actual costs, including the huge fuel burn, as well as restricted payload, were so bad that there was no realistic chance of Concorde ever being profitable. The shortfall was not a near miss, but many times any estimate of actual operating costs.

Of course in 1969, with the first flight imminent, such news was very unwelcome.  The then President of the Board of Trade, Anthony Crosland, got the point at once.  I was summoned to a meeting with the Minister of Technology, Tony Benn.  I said my piece. He smiled and responded to Crosland that he was sure the technical issues would be sorted out, that this was a ticket to the high tech future and, having spent so much already, we had to keep going.

I remember the look on Crosland’s face when he realised that not only was Benn unconvinced, he really did not understand the issues at all.  So, charm and determination won the day, and Concorde was saved.  Incidentally, our calculations were confirmed over and over again in the following years.

Secretary of State for Industry, 1974.

I left Whitehall in 1971 to join the new British Airways as Chief Economist. But after the 1974 election I returned to Whitehall to be one of the first members of Harold Wilson’s policy unit at 10 Downing Street. My job was to shadow industry, and Tony Benn was the new Secretary of State for Industry. I had the clear brief of tracking his burgeoning industrial policy, the core of which was the National Enterprise Board. This was to take under its wing a whole range of industries, which would be in the public sector. There were to be planning agreements, and big financial injections to preserve jobs and finance expansion.  He also promoted worker participation among other industrial innovations.

We used to go to meetings chaired by him at the former Board of Trade at number one Victoria Street. We often came out of those meetings full of admiration at his enthusiasm, while realising that most of what he proposed was either unworkable or impossible. He had neither a grasp of management, nor of how industry actually worked. He had a wonderful vision of worker participation and democratic governance throughout industry. He never understood that industry cannot be run that way, and that the reason managers are well paid is because they are professional managers.

There is no doubt that he was charming and eloquent even when he was wide of the mark. He also believed that life should be simple, and those in power should live as sparsely as those who they governed.  This was really a rich man’s fantasy.

He did not really like the pomp and circumstance of the Whitehall ministerial circus, and chose rather to be as ordinary as possible. I remember one meeting convened in his room in Victoria Street to discuss a section of the avionics industry which he had taken a particular interest in. I was there, together with other officials from both the Treasury and the then Ministry of Aviation. Also present was Harold Lever who was the Lord President of the Council, a Cabinet sinecure, which really meant that he was Harold Wilson’s personal business adviser.

The meeting was scheduled to go through the lunch period and, in order that we should be sustained, Tony had arranged for sandwiches to be sent up from the canteen. Around about one o’clock these duly arrived and began to be passed around. When they got to Harold Lever, he demurred and said, “No thank you dear Tony, but I’ve made my own arrangements.” Whereupon the door opened and a couple of his assistants arrived with a hamper from Fortnum and Mason, which he and his adviser proceeded to consume.  While the officials hid their embarrassment, Tony Benn was not abashed at all and simply took the whole incident in good part, even though he disapproved of Lever, and said so later.

Over the next months Tony Benn’s ideas and policies became more and more unrealistic.  I found it extremely difficult to disentangle my own support for many of his ideas from the almost bizarre nature of the actual policies he promoted.  He really was not very good because he had never really studied the processes he wanted to change.  That lack of real intellectual depth was behind the tag given to him by Harold Lever as ‘a very good third rater’.

Eventually, when the European referendum was out of the way, Harold Wilson demoted him to the Department of Energy, and the great adventure of harnessing industry to state policy came to an end.  Some months later I left Whitehall and rejoined British Airways. Soon after, the Labour Party, of which I had become a member, began to disintegrate.

In 1981 the SDP was formed.  I was one of the founding members and very nearly took on a senior post, but was unsuccessful at the final hurdle.  Tony Benn really hated the SDP, even though his natural charm never allowed him to be vindictive or rude.  However, it was clear that his politics were always kind and ambitious, but quite unrealistic.

Throughout the succeeding years I watched Tony almost battering himself to insensibility in trying to oppose Margaret Thatcher, and support the miners. If ever there was a lost cause, this was it.  The British chose the path of confrontation in the inevitable process of closing the deep coal mines. I think Tony’s target was misplaced because, if anybody was to blame for the misery of the miners and their families, it was the British Treasury under Lawson, who failed to give the entirely reasonable level of support which the Germans and the Belgians gave to their deep miners during the same period.

It is sad that a man of such huge charm and enthusiasm, who had a real grasp of the importance of representative democracy, and who really understood that unregulated free enterprise, would eventually mean that those in control of industry would become extremely rich, and those who work in those industries would always be underpaid and under rewarded, should have been so ineffective.

All too often his targets were mistaken because he never really understood that industry, whether public or privately owned, has to work to produce surpluses, and those surpluses are only generated by technological progress.

Some years later, around 1992, my wife was travelling on an early-morning train to Derbyshire to visit my son, who was at school there. She had breakfast on the train, and found herself sitting opposite Tony Benn. She tells me that the ensuing conversation over the next two hours was about the most entertaining breakfast she ever had.  He was a totally charming and absorbing companion.

I am glad to have known Tony in my small way, and I’m glad of his life. But I’m sorry that he never really had the intellectual capacity to turn his emotional and deeply felt beliefs into coherent and sensible policies. I did not agree with Harold Lever’s tag, but I did feel that his lack of ability to really understand the subjects about which he spoke, whether it was industry, the Empire, or the European Union, reduced his contributions to mere commentary. When he spoke it was always from the heart, and never from the head.