You are here: Home / Politics / A Vote for Cameron is a Vote for Poverty 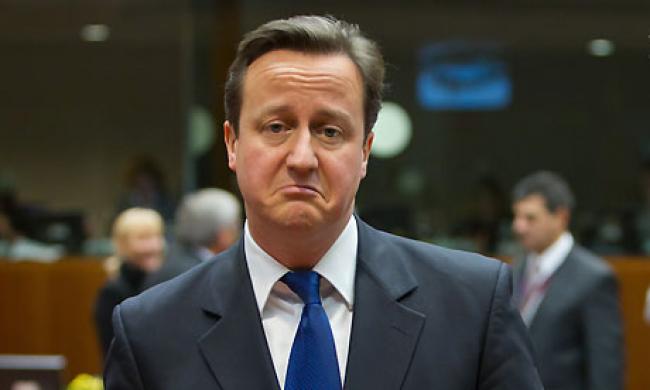 The forthcoming 2015 general election is not going to be about what kind of Britain we want to have in the future, but rather how we pay the bills. It has already descended into a kind of supermarket debate. Each side is bidding to offer good things in the future, and none really admitting how they will ever pay for it or, at least, they’re not prepared to tell us how they could.

In any case, it is so sad that our election debate should be so trivialized by discussions about finance, with the Conservative party bending numbers to suit their arguments about debt, while ignoring the realities of the present situation. To hold out the prospect of tax cuts, when the government cannot even maintain its current commitments, is despicable.

A summary of present day Britain.

We have an alleged long-term debt problem which, as I have sought to explain in other articles, is something perfectly normal in any modern economy since the time of George III.

Secondly, we have a clear shortfall between current expenditure and revenue. The Conservative answer is to have more and massive cuts in expenditure. The problem is that nobody will talk about how to increase the revenue. Even though Britain is one of the richest countries in the world it is also one of the lowest taxation regimes in Europe.

Nevertheless, our politicians, who have absolutely no experience of really running anything, particularly not a real business, do not seem to understand that, if you are in serious deficit, you either go bust or you raise your prices.

The subject of increasing taxes.

In the case of the government raising the price simply means increasing taxes, and that is the subject that nobody wants to discuss. With still well over two million people out of work, and probably three or four million scratching a living on low paid part-time work, there are ample resources available to expand our economy. 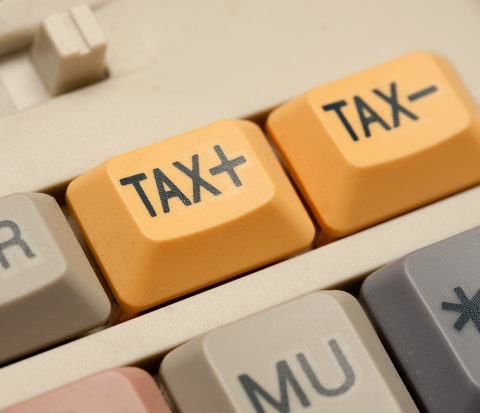 Every economist of any serious reputation in the world has argued that Britain has no reason to be indulging in what this government calls austerity. They should not only raise taxes but also seriously attend to the collection of taxes from business and the wealthy.

The Conservatives still hark back to the Thatcher years, but at least she only taught selfishness. The Cameron government has taught and encouraged greed. This means that the wealthy few get richer and richer, and the impoverished many have to be squeezed and squeezed.

The cuts in housing benefit have been an outrageous imposition on poorer people who are dependent on that benefit to pay their rent. At the same time it has been a disappointment to thousands of landlords who were persuaded to put their savings into property on the understanding that the stream of rent would be guaranteed by the government.

The poorer half of the population depends on child benefits, income support, and pensions to maintain a decent standard of living. For this to be described as some sort of ‘scroungers charter’ is beyond ridiculous; it is grossly insulting.

Housing benefit introduced under the Thatcher government replaced a great deal of social housing. It is now the case that less than 14% of the population lives in council properties, whereas, in those days, it was well over a third. There has been incredibly little publicly funded housing since then, and nobody seems to want to increase the supply.

In recent years the whole of the care sector, including child care, those with physical and mental disabilities and, above all, the retired, has been starved of sufficient funds. Many publicly run care facilities have been closed and the private sector and charities have simply been unable to replace them on current funding. 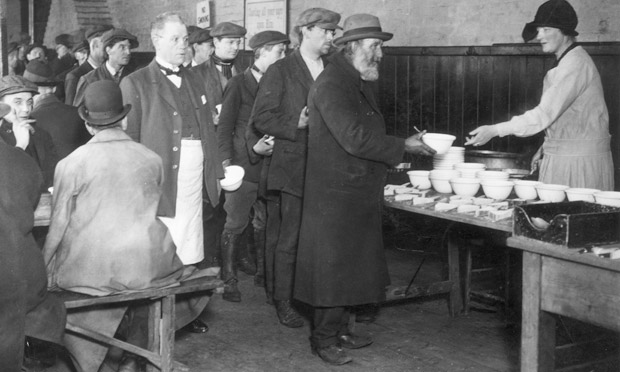 A few years ago we thought that pawnshops, soup kitchens and moneylenders were things of the past. Now they are realities again in every town centre. We again have significant numbers of people living on the streets. Suddenly the poor are with us on every street corner.

The Tory’s plan for a very mean society.

Osborne and Cameron like to tell us that the ‘plan’ is working and they will restore the public finances. The problem is they do not tell which plan. Everybody is encouraged to believe what they mean is to balance the books, but the numbers show that has not worked.

The long term debt has not reduced. The real plan is to dismantle the welfare state, and create a very mean society. Every country in Europe has some form of welfare assurance and publicly funded health care. Britain had a comprehensive welfare structure properly funded and publicly accountable. But now it is in ruins.

The abolition of the publicly funded welfare state was an ambition of many Tories, even in Thatcher’s day. But even she resisted and, while the state was cut, it was in general, preserved. Now the whole aim is to hand everything over to the ‘private sector’ and, one would suppose, everybody must cover himself or herself with insurances. The only problem is that such insurance does not exist, and those who need it would not be able to afford it anyway.

One has to question the motive for this policy. The huge growth of the commercial service companies indicates the answer. Cameron and his friends believe that there are endless profits to be made out of the provision of public services, or at least, all that will remain.

We only have to examine what Cameron now says compared with before the last election. Then he was in favour of a good society, which looked after those in need, and encouraged those who could prosper. Now he just wants the prosperous to go on prospering, and the rest can turn to charity, if they are lucky.

As I look upon this government and its two leaders I am bound to observe that they are not only selfish and partisan, but also really quite stupid to believe that we do not see through this charade.

Incompetence in government is bad enough, but wickedness is unforgivable.

Do you think I’m right in how the Tory’s will shape the future of our society? Please feel free to add your opinion, below.