You are here: Home / Society / The Meaning of Marriage: An Alternative Comment 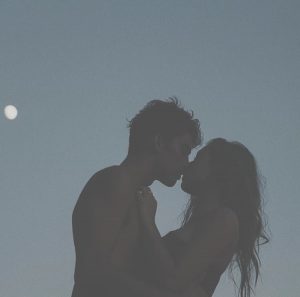 The fashionable view of marriage is that it is declining, archaic and no longer necessary.  This is wide of the mark.  It is not just that weddings are on the increase – partly a result of more second marriages; it is that being old fashioned is no bad thing, if the institution is tried and tested. It is the importance and necessity of marriage that I shall argue for.

There is nothing imaginary about marriage.  In every society marriage is an important and public ceremony at the heart of the social fabric.  In spite of all the talk of it being a male-dominated imposition on womankind, it is invariably women who insist upon it, organise it and perpetuate its rituals. Marriage as an institution has been used unfairly by both sexes.   In many ways the misery, poverty, and insecurity which result from modern attitudes to marriage are far more oppressive to women and children than the ages of strict betrothal.

The idea that marriages should first and foremost be about romance is a modern Western notion.

The idea that marriages should first and foremost be about romance is a modern Western notion.  It is a great bonus if a couple start out by loving each other – it is a great blessing if they finish up so.  Certainly being ‘in love’ is not a very good criteria for choosing a partner with which to share the rest of your life.  Compatibility is much more important.

Historically, marriage has always been about children and property. The continuing existence and prosperity of a tribe or community depends upon a set of stable relationships so that children, who need sixteen years at least to mature, are properly raised and nurtured. A family occupies land and so territory is central to this, not some optional extra. Mankind is a territorial animal with modern acquisitive propensities. It is essential that orderly arrangements exist for the passing of property from one generation to another.

We exist within societies.  We both contribute to and depend on the community. Every society possesses an array of skills, myths and knowledge which enable it to function and earn its living.  The present and future well-being of that society demands that these are passed on and added to from generation to generation.  The family is the key mechanism by which this happens.  Schools are important in this but they too depend on stable families for their success.

Children born out of wedlock place a strain on society and make it less effective and coherent.  Men who avoid their responsibilities throw an unfair burden on the rest of us. There is clear evidence that children in stable, two-parent homes do better physically, emotionally and intellectually than those in other circumstances.  We know that even the most apparently chaotic family is preferable to divorce.  Broken families are expensive and miserable.  The havoc wreaked by the retreat from stable lifelong marital commitments is evident all around us and it is society that must foot the bill.  On the other hand, the family provides the focus for recreation and entertainment, as well as education.  For us to live so close in harmony and peace we depend on the discipline of well-ordered families.  Marriage has nothing to do with creating power bases, it has everything to do with the way we live together in society.

Christianity was a late comer to the marriage stakes.  It is a much older institution than that.  The early Church simply adopted the Jewish rite of marriage and overlaid it with Christian doctrine.  Only with the development of the nation state, largely an invention of Christian civilization, was it understood that marriage could not just be a local matter but had to be included within the full structure of legal and religious observances. The state could only assume responsibility for families if the foundation of such families was according to rules understood by all its citizens. It was never a tool of control, but a mechanism for including all families in the benefits of society.

Above all, marriage is the public foundation of a family – the essential building block of all societies.

Marriage is not just a loving ‘relationship built on mutual respect’ – that you can have between two people of any sexual combination under any circumstances. Marriage is about making that contract public so that those concerned accept the responsibility which flows from it and society agrees to underwrite and sustain the union.  Above all, marriage is the public foundation of a family – the essential building block of all societies.

Asking the deity to bless this union is an optional extra; any form of publicly accepted commitment will do but it must be binding.  To shirk this is the greatest cop out.  By declining marriage, a couple are thumbing their nose at society.  Those who denigrate marriage have not the courage to participate.  Just as those who seek ever easier divorce cannot accept that no union is perfect and every successful marriage demands sacrifice and effort.  Marriage is permanent and public.  It specifies not only that relationship, but also the  obligations and rights between that family and society.

It just will not do to claim complete freedom in creating relationships which produce children and a shared estate – both human and material responsibilities – without accepting some formal framework for the relationship.  It is not a matter of moral degeneracy, it is a matter of moral honesty.   A trail of informal shifting pair relationships is, in the end, unsustainable.

Marriage is not a fantasy.  Because of its formal and public nature, it used to have a profound effect upon the couple concerned.  They took their vows seriously and expected to have to work at a lifelong union.  There was no ‘opt-out’ clause.  They knew that it was their responsibility to build a family which would contribute to their society.

The generation of which I am a part, who in the sixties began to dismantle nine centuries of moral and civil order, bears  responsibility for what is now happening.  We were presumptuous in believing that the individual is paramount and can make life up as it comes along.  We have failed to support those who tried to make marriage work.  We have biased the whole of society against marriage through the tax and benefit system.  We have failed to maintain civil behaviour. We have failed to emphasise the essential nature of the family.  Instead of elevating and praising marriage as the foundation of our society, we have offered the easy way out through quick divorce.  But above all, by emphasising only one side of marriage – the private relationship of man and woman – we have encouraged that relationship to disappear into the privacy of little houses containing neurotic nuclear families.

My son, who is twenty years into his marriage, expresses very strongly the view of his generation that quite apart from any other considerations, especially for women, formal wedding is the best deal of all; legal, social, cultural, economic and psychologic. After 55 years I can attest to that.

The problem is not that marriage is out of date and unnecessary, the problem is an over emphasis on individual rights to the exclusion of social responsibility.  If we throw away marriage then we have no basis for solving society’s ills.